Neural crest cells are a population of stem-like cells that originate in the dorsal neural tube and are able to migrate out of the neural tube to distant sites in the developing embryo where they differentiate into diverse derivatives such as craniofacial bone and cartilage, pigment cells, and the neurons and glia of the peripheral nervous system. Abnormal neural crest cell development can cause craniofacial clefts, nerve defects, and pigment disorders, among others.

Our lab studies the molecular mechanisms that control the formation of cranial neural crest cells, the process that neural crest cells use to leave the neural tube and separate from each other (the epithelial to mesenchymal transition-EMT), and the signals that drive specification of neural crest derivatives. Our lab uses avian (chicken, quail, and peafowl) as well as amphibian (axolotl) embryos as research organisms to model human congenital defects related to neural crest development. Our goal is to understand the molecular mechanisms that drive normal development, and to identify environmental exposures that can alter this process. 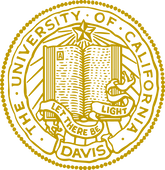