Our lab is interested in early development in vertebrate embryos, specifically, we use chicken and amphibian embryos as our model organisms. We are interested in questions like: How do cells know what to become? How do cells know that they should stick together when other cells are leaving and migrating throughout the embryo? What makes cells unique?

To answer these questions, we study the progenitor (stem cell-like) cells that create the central (CNS, neural progenitors) and peripheral nervous systems (PNS, neural crest cells). The peripheral nervous system is created by cells that originally start out attached to the cells that will make up the brain and the spinal cord, but they receive a signal as the embryos develop that tells them to detach and leave the CNS and migrate through the embryo. We want to know what makes neural cells neural, and what makes the cells that leave the neural tube different. We are also interested in finding out why and how the cells that leave (neural crest cells) start migrating. The process where neural crest cells leave the neural tube is called the epithelial (adherent cells) to mesenchymal (loose cells) transition or EMT.

We believe that the strict spatial and quantitative regulation of adhesion molecules during cranial neural crest formation, EMT, and migration is regulated by multiple factors. My current research focuses on:

1) Characterizing the function of neural crest transcription, cell adhesion, and cytoskeletal factors during cell fate specification and EMT and identifying novel targets and cofactors.
2) Identifying the timing, function and regulation of the cadherin proteins during EMT.
3) Analyzing the effects of cadherin protein changes on cell cycle, proliferation and differentiation.
4) Identifying the effects of exposure to teratogens dysregulates normal embryonic development.
The videos below are from my most recent publication: Sip1 mediates an E-cadherin-to-N-cadherin switch during cranial neural crest EMT. JCB. C.D. Rogers, A. Saxena, M.E. Bronner. December 2, 2013. doi: 10.1083/jcb.201305050. 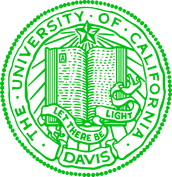